I came to know about this little known Himalayan village of East Sikkim from a friend of mine, who visited this place last year. This was a popular night stay for traders before crossing historical Jelep La – the old silk route to Lasha, Tibet. For last few years Zuluk (altitude: 10,000 ft) is once again getting popular as an offbeat tourist destination. The place is well-connected by road and can be very easily reached from Gangtok, Siliguri or Baghdogra. For people like me staying at Kolkata or nearby, it can be a good weekend destination. Or this can also be part of your tour plan to North or East Sikkim. There are no hotels in Zuluk, but home stay cottages are available and it is worth staying very close to the simple and kind-hearted villagers. The best way to visit this place is to contact some local villager who can arrange for a stay and help you to plan your travel to nearby places. The person I contacted was Gopal Pradhan, who arranged for the stay and pick up and drop to NJP railway station.

My journey to Zuluk started from Sealdah in Kanchankanya Express after a couple of weeks’ planning. It was mid April and Kolkata was getting ready to embrace the coming hot summer months. I was looking for a remote place to get away from the hot and humid weather of South Bengal and enjoy a couple of days in the unknown.

It took around 6 hrs from NJP to reach Zuluk through Rangpo and Rongli. A special permit is required as this village is very near to Indo-China border, so always bring your passport or any other identification document. After arranging the permit from Rongli, it was a very nice one hour drive up to Zuluk, uphill through the narrow but smooth winding roads. It got colder as we gained altitude and slowly high pine forest gave away to grass and small bushes.

We reached Zuluk late afternoon. We were shown a home stay hut and were greeted with hot refreshing tea. The rooms do not have all the modern amenities but are warm and cozy enough to enjoy. All the rooms are having attached bath and room heater is also available at night. There were few other tourists staying at nearby similar accommodation, most of them bird watchers and avid nature lovers.

It was cold outside with grey clouds and fog slowly covering up the nearby hills. The weather seemed to be deteriorating, so we preferred not to venture very far from our place. Zuluk is a small village with not very fertile soil and extreme weather conditions. Farming is difficult here. There are greenhouses constructed which helps in growing vegetables throughout the year. It is a pleasure to walk around the place, mix with the locals, visit the nearby temple and to see the changing colors of the evening on the Himalayan range.

Nature has bestowed its resources in and around Zuluk. It is quite common to get a view of a Monal Peasant or a Blood Peasant. It has a high diversity of Himalayan fauna. One can also come across different small animals native to this place. In fact while strolling around our cottage, we got a sight of a Himalayan Weasel capering around the nearby valley. This is not unnatural to this place; later on I heard that many tourists had similar luck of coming across an adventurous Weasel or a Martin. With better luck, one can also see a Red Panda in the high hills.

Our enthusiasm was short-lived as it started raining followed by a short hail storm. We were forced to sit at our hut and worry about our luck for the next day. In the evening, we met Gopal-ji and planned for the next day’s trip. He informed that early morning trip to Thambi might not be possible due to heavy snow fall. Better option was to go up after breakfast; by then the roads would be back into operation. Slowly the weather improved and the night was clear and starry. I was able to get some excellent snaps of the village after dinner.

Next day, we started around 9:00 AM after a nice breakfast. Going up the meandering road, it started getting difficult to move due to the heavy snow fall of last night. It was a struggle to reach Thambi (altitude: 11,200 ft) but with help of the local people we were able to move on up to Lungthung (altitude: 13,000 ft). Kanchenzonga was hiding behind the clouds but the view of the nearby snow covered hills was marvelous. ‘Bhulbulaia’, the view of the zigzag road from Thambi is worth to mention. This is quite unique to Zuluk; the picturesque view of complete road starting from Zuluk, passing through the lower hills up to Thambi.

The complete area around Lungthung, higher up from Thambi is controlled and patrolled by Indian army. Passing through the army barracks, ammunition camp, bunkers and various artillery, we moved towards Kupup. There is also a nice ice-hockey field at Lungthung.

The journey after Lungthung was comfortable as the army already cleared the snow in this sector. The condition of the roads in this area is very good as regular maintenance is done by BRO. Moving forward towards Kupup; we got a nice view of Gnathang Valley. According to locals this place grooms itself like heaven in summer. Nature decorates the place with variety of flowers including very well known Rhododendron and Magnolia. It is said that there is riot of colors once the snow melts. We moved on and reached the Old Baba Mandir, the memorial of Late Baba Harbhajan Singh, a very sacred place for the army. It is worth to mention that people coming from the Gangtok side, generally do not visit this temple but a new one constructed much later by Indian army.

Passing the temple we got a nice view of Bidan Chu Lake, popularly known as the Hati (Elephant) Lake because the shape resembles that of an elephant. This sector of Sikkim is blessed with three beautiful lakes, Bidhan Chu, Menmechu and Tsongo. Bidhan Chu comes first following the highway from Zuluk. It is located at Kupup (altitude: 13,500 ft), the highest village in this region, well-known transit point during the silk trade between India and Tibet. Nice handicrafts and pottery are still available in this small locality. Now, this place is also in the world map due to Yak Golf Course, highest of its kind in the world. Moving forward towards Nathula, we got a glimpse of the next major site, Lake Menmecho. A jeep track is available to reach the banks of this nice serene water body.

The same road continues to Gangtok. The later half of which is very popular and frequently visited by tourist on their travel route to see Tsongmo Lake and Nathu La. But our plans were to get back to Zuluk for another night stay.

Next day we returned to NJP, but not before we had a nice view of sunrise from Thambi viewpoint. We even went higher up to Lungthung for a complete view of early morning over the Eastern Himalayas. Zuluk also had something more for us; a nice view of a Monal Peasant while going towards Lungthung from Thambi. Unfortunately, I did not have my camera ready to take a snap.

Zuluk is an abode of peace. It can be visited throughout the year. January to March is very cold with heavy snow fall. This place also gets a lot of rainfall during the rainy season. April to June and October to December are best season for tourists. It is an ideal destination of somebody looking for a break from the city life and be in a place, serene, quiet and closer to nature. 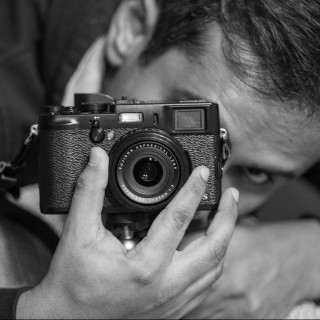 I’m a creative and freelance photographer located at Toronto, ON, Canada. My interest in photography started with my first point & shoot camera and it took me another year to switch to my first DSLR. I explore different genres of photography. I love capturing street photos, landscapes and portraits. As a freelance photographer my assignments cover concerts and events. The travel and photography blog gives some more insight to my passion of capturing moments and sharing it with the world.